I am a SEA LIFE Michigan Aquarium Parent Ambassador and will be receiving an exclusive first look at events leading up to the attraction’s grand opening early next year and complimentary tickets. All opinions expressed are my own.

I have posted a few times on my Facebook page about the SEA LIFE Michigan Aquarium coming to Great Lakes Crossing Outlets in Auburn Hills in spring 2015 and have gotten a HUGE response from my followers. I mean, I don’t blame you — our family is super excited too!

Yesterday there was a groundbreaking ceremony, complete with a kid reporter and local dignitaries, and some fab announcements were made. Local kids helped with the groundbreaking

I was also able to see some renderings of what the space is going to look like…and it’s going to be so rad for Michigan families. Take a peek: Here’s more on what’s to come from press materials:

SEA LIFE is the world’s largest aquarium brand, with more than 40 attractions worldwide. The company is focused on offering amazing, breathtaking and educational experiences that wow guests and inspire them to take an active role in conversation so these amazing creatures and their environments are preserved for generations to come.

In addition to weaving conservation information and tips throughout our exhibits, SEA LIFE takes an active role in conservation through its Breed Rescue Protect initiative. Additionally, they run breeding programs to help sustain endangered species, rescue hundreds of sick and injured creatures and nurse them back to health to return them to the wild, and actively campaign to protect individual species and marine environments from exploitation or destruction.

You’ll find more information about these initiatives in the new 35,000-square-foot aquarium, along with more than 5,000 amazing creatures from our world’s oceans, including sharks, stingray, seahorses, fish and much, much more. There also will be creatures from our very own Great Lakes and other Michigan waterways. Through SEA LIFE’s one-of-a-kind, engaging exhibits, such as a 180-degree underwater tunnel and interactive touchpools, guests will have the once in a lifetime opportunity to come nose to nose with these creatures and learn about them and their environments.

So exciting, right?! I’m looking forward to reporting updates in the future as more is announced…Stay tuned! 😀

All images in this post are courtesy of SEA LIFE Michigan Aquarium. 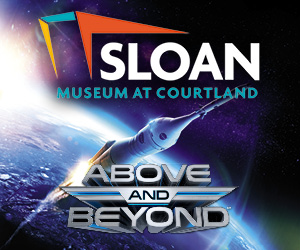