Alvin, Simon, Theodore and the gang are coming to Detroit October 30, 2015, and I have an opportunity for a family to win a 4-pack of tickets! {Can anyone else sing the theme song?! This was one of my favorite TV shows growing up!}

ABOUT ALVIN AND THE CHIPMUNKS LIVE ON STAGE IN DETROIT

Alvin and The Chipmunks: Live On Stage!, is a brand new, music-filled interactive live show that will have two performances at the Fox Theatre on Friday, October 30 at 2 p.m. and 5:30 p.m. The world’s most famous chipmunk trio – accompanied by the Chipettes – will delight fans of all ages with live performances that will feature world-class production, music, special effects and immersive interactivity to encourage audience participation.

Based on the characters from the hit Twentieth Century Fox movies, the show will bring the music and excitement of a live rock concert to life as the Chipmunks perform hits by One Direction, Maroon 5, Christine Aguilera, Elvis Presley and more! Join Alvin, Simon and Theodore as they sing and dance their way across America en route to their big charity concert. From an “old school” breakdancing competition in Chicago, to a no-holds-barred food ﬁght in New York City, and with the Chipettes along for the wild ride, Chipmunk fans from coast to coast will experience it all –LIVE on stage!

Tickets are $19, $25 and $40 and can be purchased at OlympiaEntertainment.com, The Fox Theatre and Joe Louis Arena box offices, Hockeytown Authentics in Troy {without service charge} at all Ticketmaster locations and Ticketmaster.com. To charge tickets by phone, call (800) 745-3000. For additional information, call (313) 471-6611. Group discounts on select seats are available for groups of 10 or more. Call 313-471-3099 for details.

For more information about the show and to purchase tickets, visit www.alvinlive.com. I have the chance for one family to win a 4-pack of tickets to the show on Oct. 30, 2015 at 2 p.m. The winner will have 24 hours to respond and will be able to pick up tickets at Will Call on the day of the show. Best of luck!
Alvin and the Chipmunks

I have an ongoing relationship with Olympia Entertainment and periodically receive tickets in exchange for promoting shows. 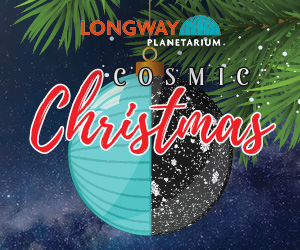