I recently had the opportunity to visit Domino’s world headquarters in Ann Arbor, Michigan. As a relatively small blogger with a passion for all things Michigan and pizza, it was such an honor to be invited to visit this iconic company that delivers pizza around the world.

During my visit, I learned a ton about the company’s history, spoke with their CEO, Patrick Doyle, and even learned how to make a pizza, which was delicious for the record 😉 The headquarters itself is pretty awesome. It has tons of pizza-inspired artwork, and tons of cool Domino’s memorabilia from its founding in 1960 up through today. I was in awe seeing just how many people it takes to run such a large company…and this was just the headquarters. Domino’s is in more than 80 countries too!

Here’s more about what I learned about this Michigan-based business:

~ The company’s headquarters is adding an average of more than one employee a week, often in its information technology department, which has just under 300 employees.

~ You can order Domino’s using Twitter, Amazon Echo, Ford Motor’s SYNC, iWatch and more. In fact, I tweeted I was visiting the HQ with a pizza emoji and immediately got a response back asking if I wanted to do an easy order. They also have “zero click ordering” which starts a timer for when your pizza will be delivered based off of your Pizza Profile. Pretty smart!

~ Domino’s has its own fleet of vehicles called the DXP, which were customized by Roush using the Chevy Spark platform. This small car can hold 80 pizzas! There are 155 of them on the road.

~ Domino’s largest international market is India, where it opened its 1,000th store this year.

~ When Domino’s arrived in Italy, they created a special “Italian” pizza and it was a massive fail…Turns out Italians wanted American-style pizza, so they switched the recipe.

~ Popular toppings across the world include fish sticks {China}, bananas {Brazil} and reindeer sausage {Iceland}. My kids loved this fact! ~ The chain offers gluten-free crust and it’s well liked among consumers. Patrick Doyle {CEO} even added that his daughters prefer it.

~ The three dots on the Domino’s logo are for the first 3 stores that opened.

~ Domino’s makes their dough fresh at supply chain centers. If you’re eating pizza in Michigan, the crust was made in New Boston, Mich.

~ The most popular day of the year for Domino’s delivery is Halloween, followed by NYE and the Super Bowl. The newest restaurant concept is called a pizza theater and is designed so patrons can see their pizza being made. Some locations even have chalkboards to keep the kids entertained.

~ Domino’s recently rolled out salads, and they are delicious. Varieties include: Classic Garden, Chicken Caesar and the new Chicken Apple Pecan.

Overall, I had a great time learning about this company. Thanks for keeping so many Michiganders happily employed and well-fed, Domino’s!

$-SAVING TIP: Create a Pizza Profile online to register for Piece of the Pie Rewards loyalty program. Members can redeem a free medium two-topping pizza for every 60 points.

Thanks to Domino’s one lucky winner will receive a $50 gift card for Domino’s. That’s a lot of pizza! Enter using the form below. Must be 18 years or older. Giveaway ends on September 6, 2016. 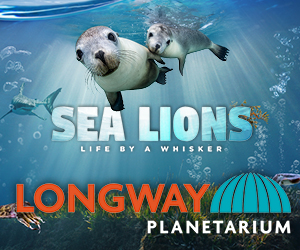