If you aren’t familiar with the history of Motown, a visit to the Motown Museum must be on your radar. The history of how Berry Gordy built his empire is incredibly inspiring. And don’t even get me started on the music…It just makes you feel good, right? You can’t help but sing {and clap!} along.

If a trip to the museum doesn’t tickle your fancy, how about a show? I’ve heard great things about Motown The Musical since it’s debut, and hope to check it out when it returns to The Fisher Theatre in Detroit April 18-30, 2017.

Directed by Charles Randolph-Wright, Motown The Musical is the true American dream story of Motown founder Berry Gordy’s journey from featherweight boxer to the heavyweight music mogul who launched the careers of Diana Ross, Michael Jackson, Stevie Wonder, Smokey Robinson, Marvin Gaye and so many more. Featuring more than 40 classic hits such as “My Girl” and “Ain’t No Mountain High Enough,” Motown The Musical tells the story behind the hits as Diana, Smokey, Berry and the whole Motown family fight against the odds to create the soundtrack of change in America. Motown shattered barriers, shaped our lives and made us all move to the same beat.

Performance times for Motown The Musical at The Fisher Theatre are: Ticket prices start at $39 {includes facility and parking fees} and are now on sale at all Ticketmaster locations, by phone at 1-800-982-2787, and online at www.broadwayindetroit.com or www.ticketmaster.com, and at The Fisher Theatre Box Office. What is your favorite group from Motown? 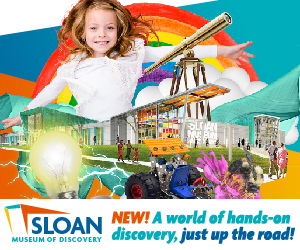