Have you ever heard of the live show Listen To Your Mother? Maybe you haven’t yet, but let me tell you — it’s a concept that rocks for empowering storytellers to talk about any aspect of motherhood — whether you are a mother, want to be a mother, or just want to share about a mother you adore.

This production is dubbed a show to give “Mother’s Day a microphone,” and will be in Detroit on May 1, 2016, and you won’t want to miss out.

Why? Do you ever read a post from a blogger and it just resonates with you, maybe for months after? Maybe it makes you laugh, see something from a new perspective, or cry big, fat, alligator tears. LTYM is an opportunity for local women {and even some brave men} to share these kinds of stories about motherhood in front of a live audience. It’s extremely courageous, and these storytellers deserve our support. Personally, it’s my belief that it’s these kinds of moments of soul-baring truths that weave us together as humans. I can’t wait to hear what the cast shares!

For the Detroit show, 12 ladies, plus co-directors Angela Amman and Angela Youngblood — will be sharing their own stories from the trenches of motherhood on stage at Saint Andrews Hall. Learn about the cast here.

ABOUT LISTEN TO YOUR MOTHER

The mission of each Listen To Your Mother production is to take the audience on a well-crafted journey that celebrates and validates mothering through giving voice to motherhood–in all of its complexity, diversity, and humor–in the form of original readings performed live on-stage by their authors. The show started with one performance in Madison, Wisconsin in 2010 and has now become a nationwide movement, which aims to support motherhood creatively and financially–through contributions to non-profit organizations supporting families. Each LTYM show donates a minimum of 10% of ticket proceeds to a local cause.

Gather up your girlfriends, moms, aunts, and anyone who just loves to hear a great story, to attend this event. The show will take place at St. Andrews Hall in downtown Detroit on May 1, 2016 at 2 p.m.

I’m looking forward to attending the show with my mother 🙂

Follow the prompts below to enter to win one of TWO pairs of tickets to the Detroit show. Must be ages 18+ and willing to drive to Saint Andrews in Detroit, Michigan for the show. Giveaway ends on 4/18 at midnight.

Listen To Your Mother Detroit 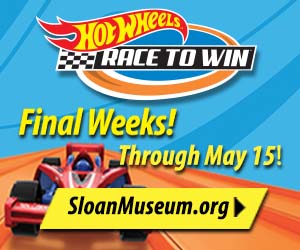 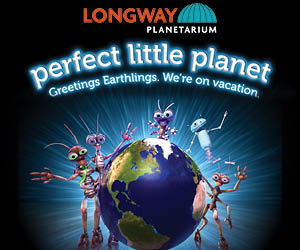